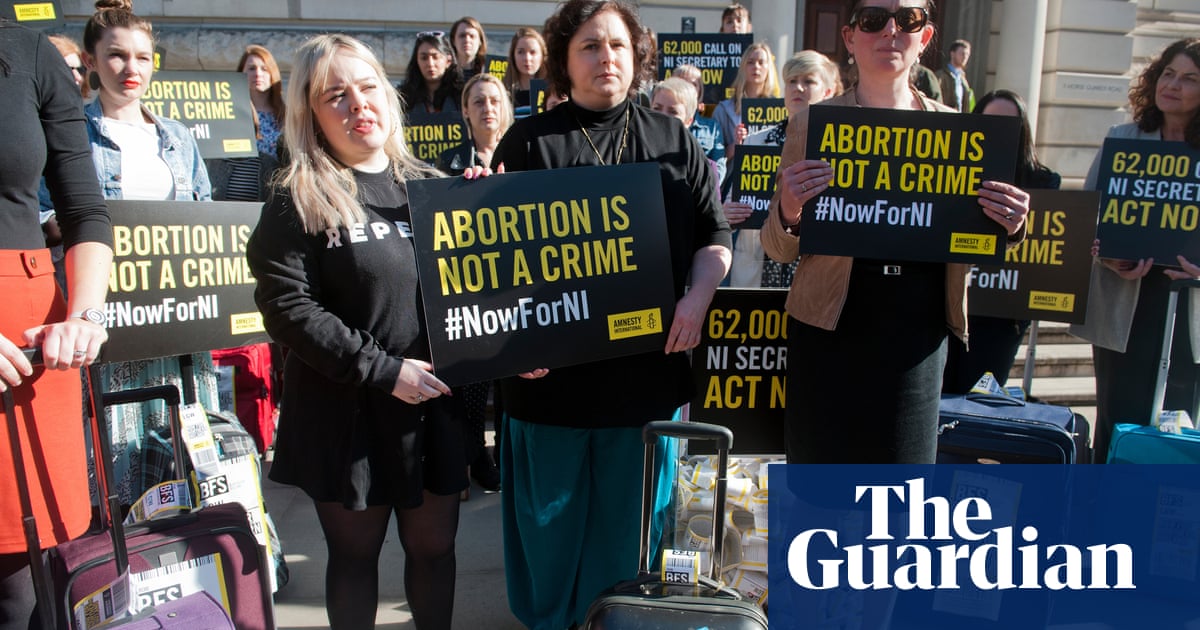 A new pro-choice doctors’ organisation has been established in Northern Ireland to defend physician-patient confidentiality over the use of banned abortion pills.

Doctors for Choice Northern Ireland said they were opposed to healthcare professionals in the region being forced to report women and girls to the police if they procured abortion pills.

A Northern Irish woman faces a criminal prosecution later this year for buying abortion pills online for her then 15-year-old daughter. The woman, who cannot be named to protect her daughter’s identity, is accused of two charges of unlawfully procuring and supplying abortion pills in 2013.

The organisation said: “Whilst abortion pills are safe and are widely prescribed in the same form and dose to treat miscarriage within the hospital setting in Northern Ireland, some people can experience complications such as heavy bleeding or infection.

“We encourage anyone who has taken abortion pills outside a hospital setting to not delay seeking medical assistance or attending Accident and Emergency should any complications, such as heavy bleeding or becoming unwell, arise. A delay in treating heavy bleeding or infection can put a person’s health and life at risk.”

The group said the issue put the patient-doctor bond of trust at risk.
“We believe that doctors have a duty of care and confidentiality to their patients and do not believe that healthcare professionals should report patients to the police for taking abortion pills. Patients should be able to trust their doctor to respect their confidentiality and act in their best interests. The current legislation puts doctors in a difficult position and erodes and undermines the integrity of the doctor-patient relationship,” the pro-choice lobby group said.

A spokesperson for Doctors for Choice Northern Ireland said recent prosecutions and referrals to the Public Prosecution Service of Northern Ireland of women and girls who procured abortion pills could deter patients from seeking urgent emergency medical help.

They said: “Under the current law in Northern Ireland, we understand why some people would be reluctant to disclose to a healthcare professional if they have taken abortion pills … the current law is untenable in that it is a barrier to compassionate care and can deter patients from attending accident and emergency promptly.”

Northern Ireland’s strict anti-abortion regime is set to change if by 22 October this year there has been no return to devolved government in Belfast.

Last month MPs at Westminster voted by 332 votes to 99 to support legislation proposed by Labour’s Stella Creasy in July. The vote extended the same abortion rights for women in Great Britain to Northern Ireland. Northern Ireland was the only region of the UK where abortion was still illegal and the 1967 Abortion Act did not apply.

Creasy and her allies pushed forward the abortion reform legislation in July because the Stormont assembly had not sat for more than two years since powersharing between the DUP and Sinn Fein collapsed.

Pro-choice MPs like Creasy argued that Northern Irish women could no longer afford to wait for local politicians to reach agreement to resurrect power-sharing, and then possibly agree to reforming the region’s strict anti-abortion regime.

It is unclear yet how the new regime would operate and if GPs for instance would be able to prescribe abortion pills legally after the new legislation is enacted.